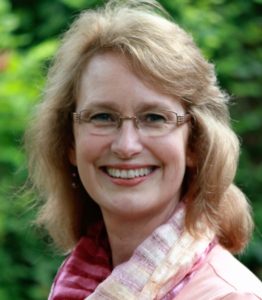 How did you get started in ethnodoxology?

During our decade of work in Siberia, I observed that in our multiethnic church (Russian & Sakha), only one of the ethnic styles of worship was being used—the Russian style. That’s all the people that started the church knew to do—it was the only model they’d ever seen. When I read the July 1996 issue of Mission Frontiers, about the importance of heart worship for all peoples, I realized that the marginalization of Sakha arts and culture in the church was something that I cared about. As a result, I decided to study the music and arts of the Sakha people and encourage their contextualization for the life of the church. Now, protestant Sakha churches in Siberia are making great progress toward integrating their Christian faith and their Sakha identity. It’s a very complex road for them, as Sakha identity has always been tied to their traditional religion, but I’m impressed with how far they’ve come, and it’s a delight to see the churches thriving.

What has been one of your favorite moments in ethnodoxology?

Can I tell about two short ones? One of my recent trips to Siberia held one of those favorite moments. I attended the Sakha church and heard about the Christian summer festival that they had just held the week before. The festival featured 22 baptisms, ethnic Sakha games and food, and their favorite ethnic round dance, ohuokai, to celebrate the baptisms. After investing so many years in the Sakha church, this kind of report makes my heart sing.

My other favorite moments are when I’m teaching the Arts for a Better Future (ABF) workshops and I see people come in with little or no experience in doing ethnodoxology. Then, during the course, the lights come on for them, and they fall in love with this new way of working with communities—learning about and promoting the use of local arts to meet the community’s goals for themselves. I love watching people get excited about actually doing ethnodoxology in their communities!

What do you hope will be different in 25 years through ethnodoxology?

My vision is that in 25 years, the “Find it – Encourage it” approach to the arts (ethnodoxology) will be the “default setting” for Christians encountering the arts cross culturally, rather than the traditional “Bring it – Teach it” approach that we’ve seen in place for centuries. In other words, it will be normal, rather than the exception, for people to seek to understand and appreciate the arts of other cultures, encouraging their contextualized use in Christian expressions of worship around the world. My long-term vision is expressed best in the new GEN vision statement: “GEN envisions a future in which communities of Jesus followers in every culture engage with God and the world through their own artistic expressions.” In 25 years, I’d be delighted if ethnodoxology was not a new, strange idea for people, but rather a normal, accepted practice. GEN is making great steps in that direction, as we all work together to spread the news, to further develop this discipline through developing ethnodoxology-related training programs, and to produce publications like the ones listed on the “What is Ethnodoxology” page of the GEN site. I think it’s quite possible that if we all pull together, I’ll see this vision happen in the next 25 years.